When you book with an account, you will be able to track your payment status, track the confirmation and you can also rate the tour after you finished the tour.
Sign Up

Or Continue As Guest

When you book with an account, you will be able to track your payment status, track the confirmation and you can also rate the tour after you finished the tour.
Sign Up
2014

Why Book With Us?

Do not hesitage to give us a call. We are an expert team and we are happy to talk to you.

Ascending to the Sierra de Madrid (Madrid mountain range) and visiting UNESCO sites make for an exciting combination of cycling and culture. This trip offers you the chance to practice road cycling with a superb backdrop and also enjoy when you park your bike in your hotel of amazing millenarian cities with rich history and lots of art to enjoy. The first half of this route starts at the center of Madrid, and will lead you to the heart of the Valley of Lozoya and the national park of Sierra de Guadarrama.

For three perfect days you will be exploring mountain passes surrounded by beautiful mountains, you´ll climb not very demanding climbs, though you´ll pedal up to almost 2000 meters (6561 feet). These climbs are often visited by professional cyclists, as Alberto Contador, who usually rode by them as part of his training plan. The Lozoya Valley is also often visited by the Tour of Spain, also in 2019, and even several editions were decided on its slopes as it was the case of 2015 edition, when Fabio Aru stole the race from Tom Domoulin in the penultimate stage.

The second half of this trip has more mountain climbs to climb, but this time the stages end in historical UNESCO sites, such as the amazing walled city of Ávila and the very ancient Segovia with its renowned and unique roman aqueduct. Also, it will be amazing to pass by the Royal site of San Lorenzo de El Escorial and its huge monastery, declared as the eighth wonder of the world in the 16th century, or the incomparably located, baroque-style Royal palaces of La Granja and Riofrío.

The last day of your trip you´ll leave Segovia to tackle the last mountain passes before you get back to Madrid. There you´ll have as much time as you want to explore the capital of Spain at your pace.

What is not included

The trips´s starting day has finally arrived! We will pick you up at the airport of Madrid or train station to the hotel at Madrid center. You will have time to walk around the city’s center and enjoy its vibrant life.

The trip begins right in the center of Madrid. The way leave the capital city through some of its most historical streets. A bike path will take you up to the mountains where you will reach the aristocratic town of Miraflores, the base to climb your first mountain pass, and an often-visited location of the Tour of Spain, el puerto de la Morcuera. On its final slopes, Fabio Aru stole the race from Tom Domoulin in the penultimate stage of the race in 2015. That can illustrate the fact that it will not be too easy to get to the top! Afterwards you will go all the way down to Rascafría, the valley’s most important town, at the heart of the Guadarrama National Park. The country hotel is nestled in a typical valley village.

Day 3AROUND THE VALLEY OF LOZOYA PASSING BY PUERTO DE NAVAFRIA BY ITS BOTH SIDES STOPPING FOR THE COFEE BREAK IN THE ENTHRALLING MIDDLE-AGE TOWN OF PEDRAZA - 95 kms. (59 mi) + 1852 (6012 feet)

The road exits the Madrid region en route to Castile. You will climb the pass of Navafría, surrounded by pine forests. After that, you will descend to Pedraza, a middle-age little town and beautiful village perfect for a break. You will climb again the pass of Navafría, but this time by the other side. From the top, the route gets back to the Valle del Lozoya, where the cycling day comes to a relaxing end at the heart of the national park, at Rascafría.

This is the queen stage! Today you will make three climbs very popular amongst the cyclists from Madrid and many professional cyclists; don’t be surprised if you come across some famous rider on a bike! The northern side of La Morcuera will be the first climb; later Canencia, with its hard final kilometers, and finally Cotos, where the road passes by the Royal Monastery of El Paular, an unbeatable location for this 14th century monastery. Cotos is not too hard, but it is a steady climb with no rests during its final 7 kilometers (4.3 miles). The descent will take you to the Majestic Royal site of La Granja de San Ildefonso, where you will rest from the hard pedaling in a historical hotel with a Spa and a pool; perfect to recover from the day’s strenuous activities!

At this stage you will leave the Valle del Lozoya to visit amazing historical sites without leaving the mountains. The amazing Monastery of El Escorial will offer you the perfect location for a coffee break as you enjoy its greatness and beauty. It was declared as the eighth wonder of the world when it was finished back in the 16th century. The moderate Pass of la Cruz Verde, and the highlands hilly roads, will take you to our day’s final stop in the magical walled city of Ávila. We will ride the length of the wall and we will cross it to reach our hotel for the night: an ancient palace of XVI century in front of the cathedral!

Today´s stunning segment will take you to the unique city of Segovia. A quiet road will lead you to the mountain pass of Alto del León. Then the road will take you by mountain villages near Madrid to the famous long pass of Puerto de Navacerrada, where we will reach the highest point of the tour. A pretty twisty road will descend to La Granja and later to the magnificent city of Segovia. Riding to the very front of its imposing Aqueduct will be a highlight of the entire trip! In the city center you will stay in a 14th century palace hotel, and there will be enough time to discover this historic city’s countless attractions.

The last day will not require much effort, but the north face of Navacerrada will demand from you to give it your all! Apart from that, the route is easy and mostly descends. You will say goodbye to the mountains traversing the last villages, one of them being Manzanares del Real, with its fabulous castle from the Middle Ages. A cycle lane will bring you back to Madrid crossing the financial district and the Paseo de la Castellana on your way to tour hotel in the heart of the city. 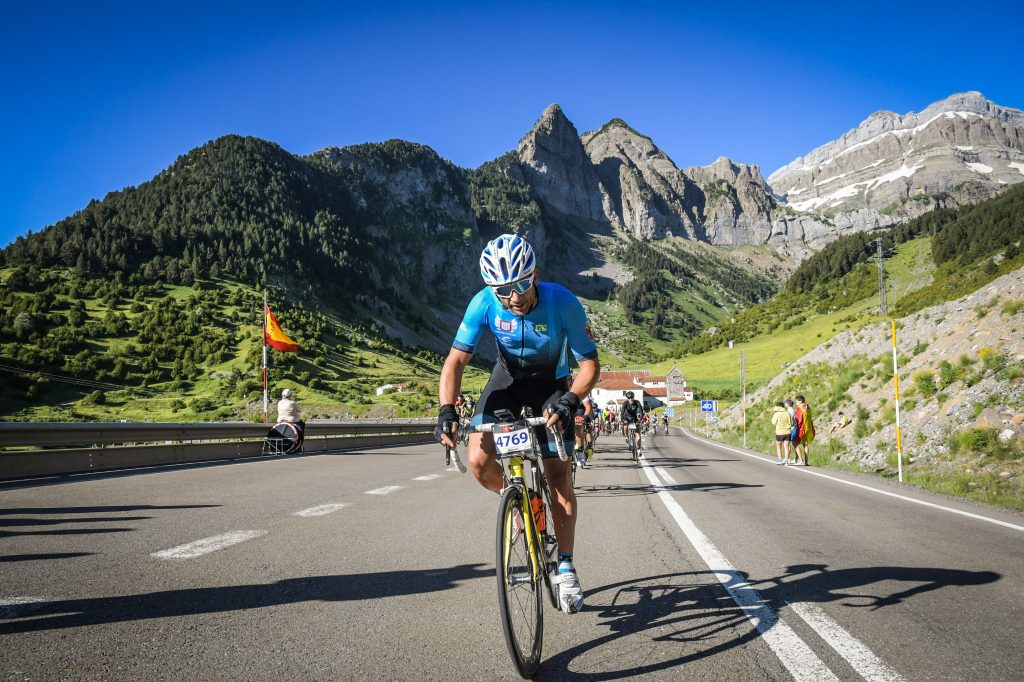 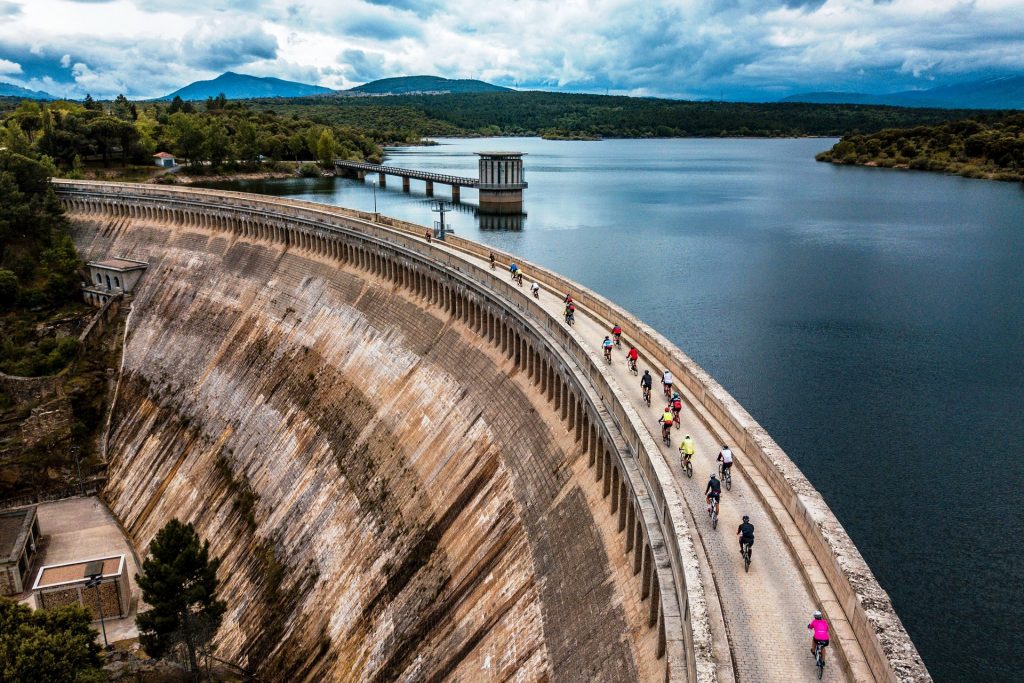